Are Americans Prepared for Ethnic Cleansing in the United States? 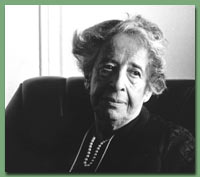 Hannah Arendt called citizenship "the right to have rights," but it is also the right to be seen as a person by governments, the right to belong to a community, the right to exist in the eyes of the law. Denationalization is often used by governments to mark a particular group out as non-persons, sometimes in preparation for their removal or destruction. This process is often called "ethnic cleansing" or, when the intent is to destroy the group in question, genocide.

The term "ethnic cleansing" first gained popularity during the wars in the Balkans to describe a package of related actions by the government, including deportation, detention, rape and murder, to remove an unwanted ethnic group from the country. Many have questioned the use of the term ethnic cleansing in place of the term genocide. Ethnic cleansing, however, can employ both violent and non-violent means. Denaturalization, detention and deportation are examples of non-violent methods of ethnic cleansing, as are the forced, mass seizures of land, the creation of lists and registers of people, and the requirement that certain groups wear distinguishing badges or clothing or carry ID that states their ethnicity, race or religion.

Denationalization has often been part of ethnic cleansing campaigns around the world. The German government used denationalization as an early stage of its genocidal campaign against Jews. Statelessness has figured prominently in the Myanmar government's genocide against the Rohingya. In the Dominican Republic, black Dominicans of Haitian origin have been stripped of their citizenship to ease the way for their deportation.

It is important to take note of the Washington Post's story because denaturalization is qualitatively different from many other Trump administration policies on immigration. Prior US government policy focused on the removal of Hispanic immigrants. Trump administration policy is focused on the removal of Hispanics, full stop. As a country, we have now officially crossed the Rubicon. Ethnic cleansing is now the official policy of the US government.

As is typical of Trump, he attempted to deflect attention from his own policies and plands by falsely claiming that other people someplace else were doing the same thing. To me, his recent tweets about South African and "white genocide" signal a frightening preview of what Trump may have in store for us here in the United States.

The larger question we must ask ourselves is where this ethnic cleansing campaign is headed. The Trump administration likes to turn up the heat very slowly so it can be difficult to notice when important milestones are reached, but make no mistake, this WaPo article is a major turning point. 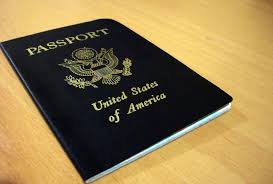 Posted by Statelessness at 4:48 AM